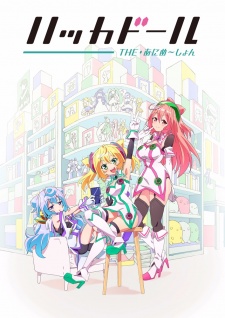 DeNA revealed during a stage event at the "Machi Asobi 14" event in Tokushima on Sunday that its Hacka Doll news app is inspiring a television anime series. Hacka Doll The Animation, which will be a series of anime shorts, will air on the Tokyo MX TV and BS 11 television channels' "Ultra Super Anime Time" programming block starting in October 2015.